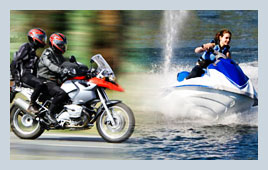 The follow are examples of some of the cases that Dina Steele has successfully pursued. As you can see, each case is different, and the results in a given case depend on the particular facts and laws that apply to that case.

The State Bar of Texas has placed limitations on an attorney's publication of the amounts of settlements and verdicts reached in a particular case; therefore, the specific settlement or judgment amount is not listed for these representative cases.

The deceased was an elderly man who had been placed in the care of a nursing home. The man had only been in the care of this nursing home for a period of 14 days. Yet, during that time, the man suffered a broken hip, malnutrition and a lack of proper assistance while eating, and ultimately died from aspiration pneumonia. Dina Steele asserted that the nursing home had not adequately supervised the elderly gentleman, allowing him to suffer repeated falls that caused the gentleman's broken hip, and had not used proper methods for feeding which resulted in the aspiration pneumonia that ultimately took his life. Dina Steele secured a sizable settlement for the deceased man's widow and children.

The Decedent died as the result of electrocution while working on an air conditioning unit located on the premises of an apartment complex that was managed by his employer. The Plaintiffs asserted that the apartment premises were not maintained in a safe condition and that the Decedent's employer had not properly trained Decedent. This case proceeded to trial in Dallas County, Texas. The case was brought by both the wife and the mother of the Decedent, as well as the Decedent's estate. Dina Steele represented the Decedent's mother during the three week trial. The case settled for a substantial sum during the Jury's deliberation.

This case arose after a 35 pound steel plate crashed through the windshield of the Decedent's car, causing severe lacerations to the Decedent's cheek and neck, and resulting in his death. The Decedent was able to exit the highway and park at a gas station, without causing any other accidents or injury to others, before his own death. Dina Steele represented the parents of the Decedent and asserted that the Defendant driver, who had been hauling the steel plate, had failed to secure the steel plate to his vehicle. The Defendant Driver's employer was also sued for negligent hiring, negligent, and for the acts of its negligent employee. Dina Steele took this case to trial and secured a favorable Judgment for her clients.

The Decedent was a 16 year old boy who was struck and killed by a Dallas Area Rapid Transit (DART) bus just after deboarding another DART bus and proceeding to cross the street. Dina Steele asserted that the drivers of the DART buses had not used adequate care when operating their vehicles and that the child was struck while crossing in a designated crosswalk. Dina Steele represented the child's father and the child's estate. After extensive discovery and mediation, Dina Steele secured a favorable settlement for her client.

This injury victim was Dina Steele's own daughter. The child was a passenger involved in an automobile accident which resulted in damage and chipping of three of her front teeth, as well as an AC separation in her shoulder. Dina Steele secured a favorable settlement for her daughter.

About Us | Case Results | FAQs | Publications
see all

What to Do after an Accident

Attorney Dina Steele participates in Avvo's Ask A Lawyer legal advice community. Below are some of her recent contributions:

The one book you MUST read BEFORE you negotiate with the insurance company.

Lewisville Injury Lawyer Disclaimer: The nformation presented on this site should not be construed to be formal legal advice nor the formation of a lawyer or attorney client relationship. Any results portrayed here were dependent on the facts of a particular legal matter and results vary from case to case. Please contact a lawyer at Steele Law, P.C. for a consultation on your particular case.

Steele Law, P.C., represents people in Dallas, Fort Worth, throughout the Metroplex and the DFW, Texas area.